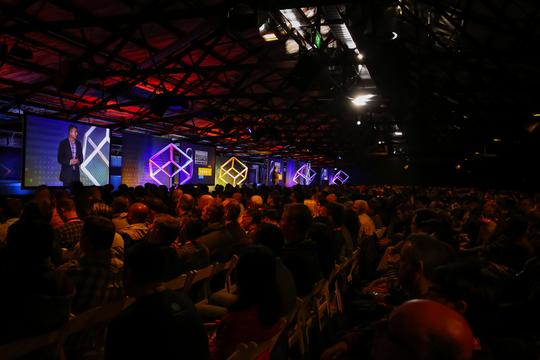 The conference was as we have come to expect from the worlds leading cloud infrastructure and ecosystem platform. It was well organised, high energy, provided excellent thought-provoking sessions by a number of phenomenal guest speakers.

The keynote set the tone for the day with an amazing Internet of Things (IoT) demonstration by AWS Asia Pacific Head of Technology Glen Gore (albeit slightly watered down from the Sydney conference). Voice commands were given to an Amazon Echo, fed through Lambda and Amazon IoT to change the colour of LEDs. This is barely scratching the surface of use cases for Amazon Echo - watch this space.

For a few of our team, it was their first time attending an AWS Summit event. Attending the sessions was a great opportunity to further our knowledge of how AWS enables both individuals and organizations to get the most out of their own resources and work.

The wider team are fortunate enough to participate in and attend many AWS events around the world each year and find value in looking back and taking note of themes, core observations, or anything else that really stood out in the way of content or prevailing perspectives.

Through our work on both sides of the Tasman, and reinforcement by cloud conversations from Wednesday in Auckland, it is clear to us that the appetite for public cloud computing is as ferocious as ever.

The average scale of AWS usage per customers seems to be slightly smaller than North America, a fact not surprising given the difference in infrastructure capabilities of AWS themselves between the two regions. If you watch the AWS blog, however, you will notice no shortage of service announcements and news for the Sydney region.

More than anywhere else in the world there were still a number of conversations focussed around data privacy. In modern cloud computing environments where scale and high availability are often managed by the application itself, the borders around data are dissolving, and the challenges associated with data sovereignty are very real albeit not insurmountable as confirmed by massive financial service, Airlines and SaaS application providers such as Barclays, Qantas and Xero going public with their own AWS success stories.