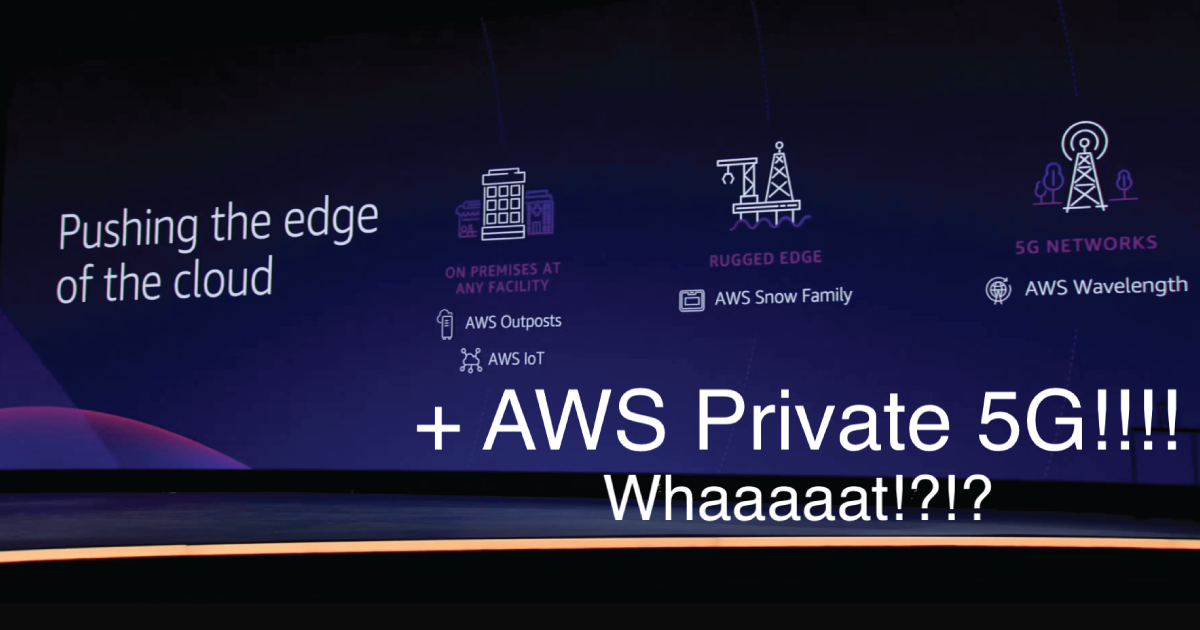 It’s still dark outside, the coffee is flowing and the bed hair is unkempt. AWS re:Invent year is being beamed into my kitchen in NZ this year, and damn I miss not being able to get up to Vegas in person. Even more so once I see all the pomp and ceremony as the keynote gets underway. Next year it will be in person I hope...

AWS CEO Adam Selipsky kicked off the keynote by reminding us that AWS had been here for 15 years now, launching S3 in 2006, in an era when IT was still constrained by a supply chain that took months to get infrastructure resources into the hands of engineers and developers.

So that’s the old, but I get up at this time for the new…

Adam set the scene for the announcements by talking about a “Constant pursuit of a better way” and the invention of the “layup” in basketball, contrasting with shooting while standing still.

Ok so that 5G announcement is probably one of the most interesting announcements I’ve ever heard at re:Invent and it's exactly the reason I tune in. There has been a general trend towards democratising connectivity over the last decade as networks have moved from telco based MPLS to SD-WAN and Zero Trust Network Access which will work over any Internet connection. But this is the first time we’ve really seen it displace the carrier altogether! This has the potential to make deployments into private premises such as factories or farms. Now I really want one (I don’t need one, but this isn’t about rationality). Time will tell if this is something that will have broad adoption.

As always, that was an inspiring keynote, which demonstrates how we are still in our infancy with cloud adoption with plenty of businesses still thinking about hosting legacy systems and servers in public cloud, and therefore not yet unlocking the full value of cloud computing. AWS is for builders, as they say.