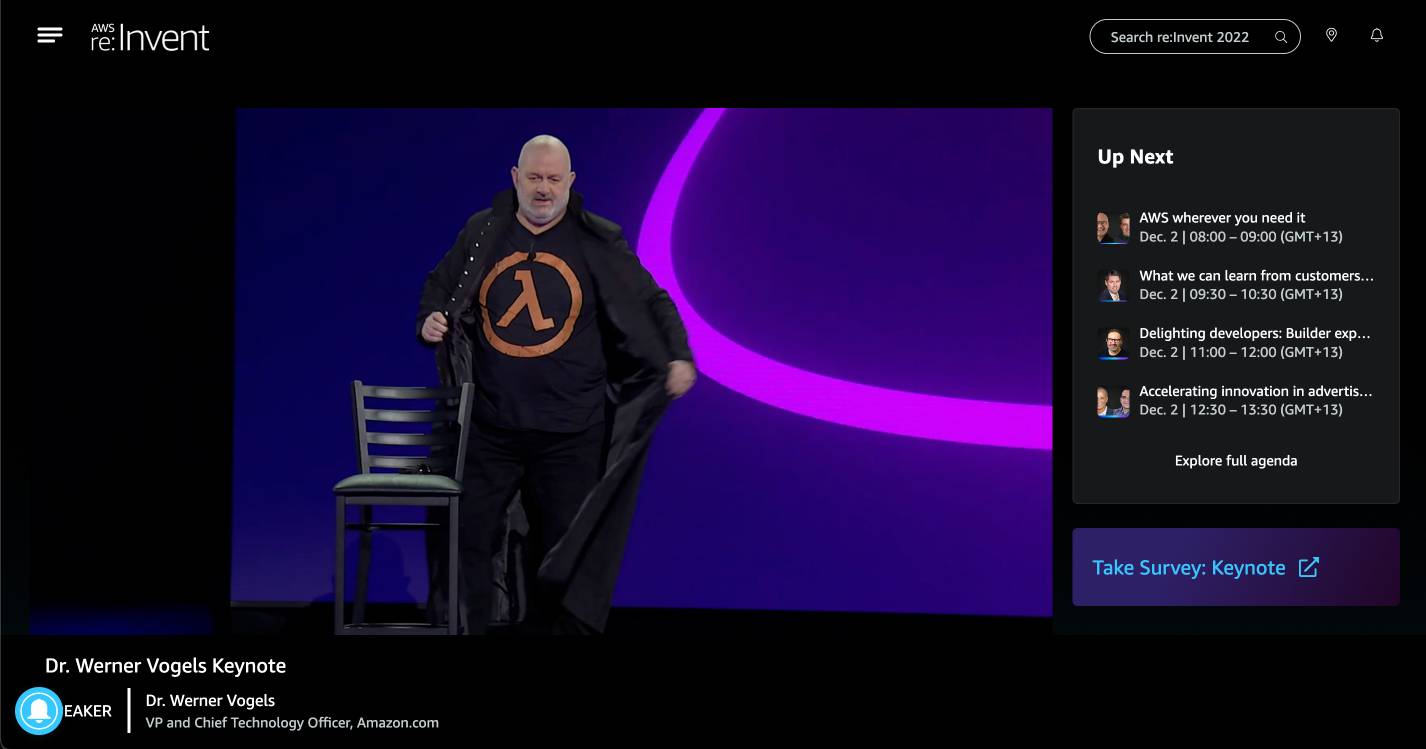 Werner’s keynote opens up with a Matrix-styled video comparing a synchronous world to an asynchronous one. High production value. And actually quite funny. Queue the obligatory red pill / blue pill analogy.  If you don’t have a chance to watch it, frying one french fry at a time, drives the point home that while synchronous activity is ordered, it’s not really a real-world reality. 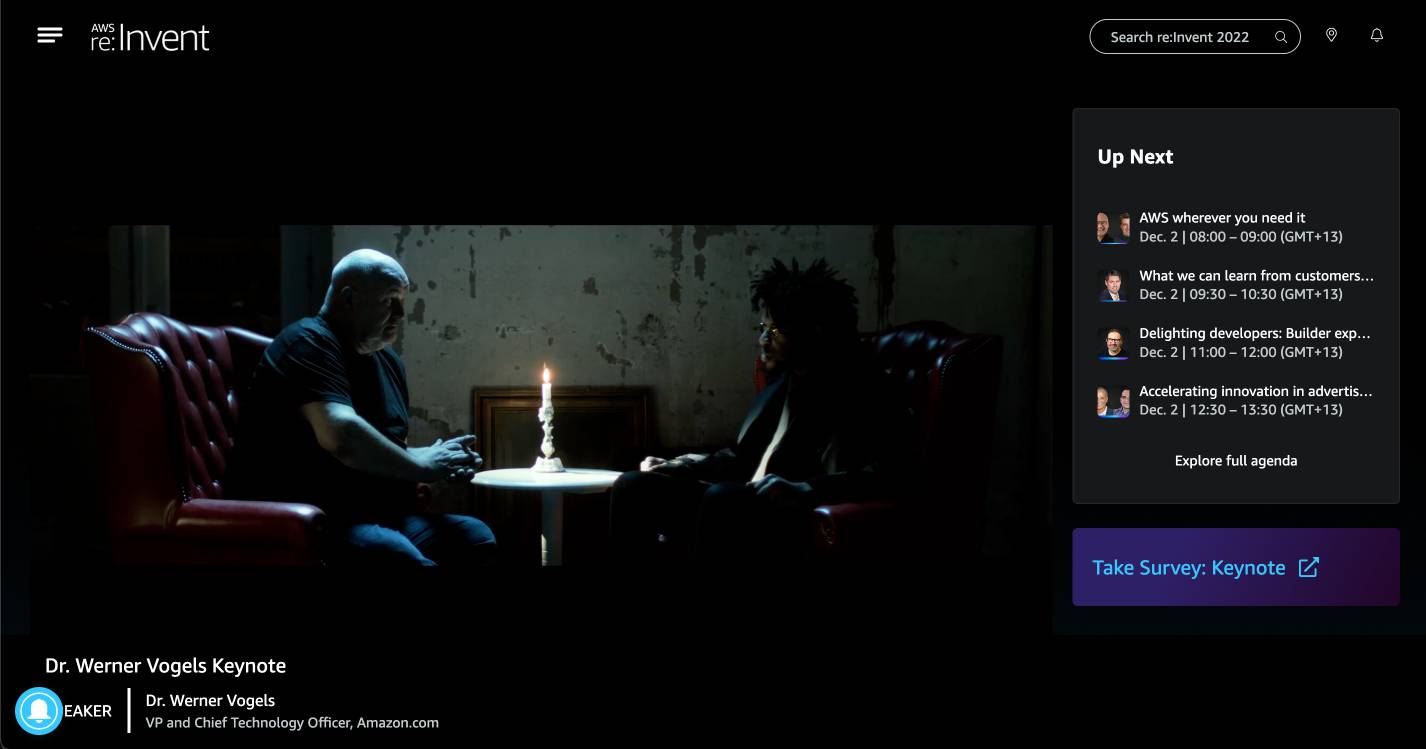 We’ve set the scene to start talking about parallelism, leading into how AWS systems with S3 as an example, have been built loosely coupled and in small individual building blocks.

This will allow you to do things like run a whole bunch of parallel lambda functions to process a large amount of data.

We have a quote “All complex systems that work, are built on simple systems that work” or something to that effect. This leads to an example about ServerlessPresso - a serverless app at Re:Invent to order your coffee, and that leads to a few announcements

This allows you to visually design serverless applications. This is a nice way of stringing together a number of serverless components into an application architecture and then deploying them. 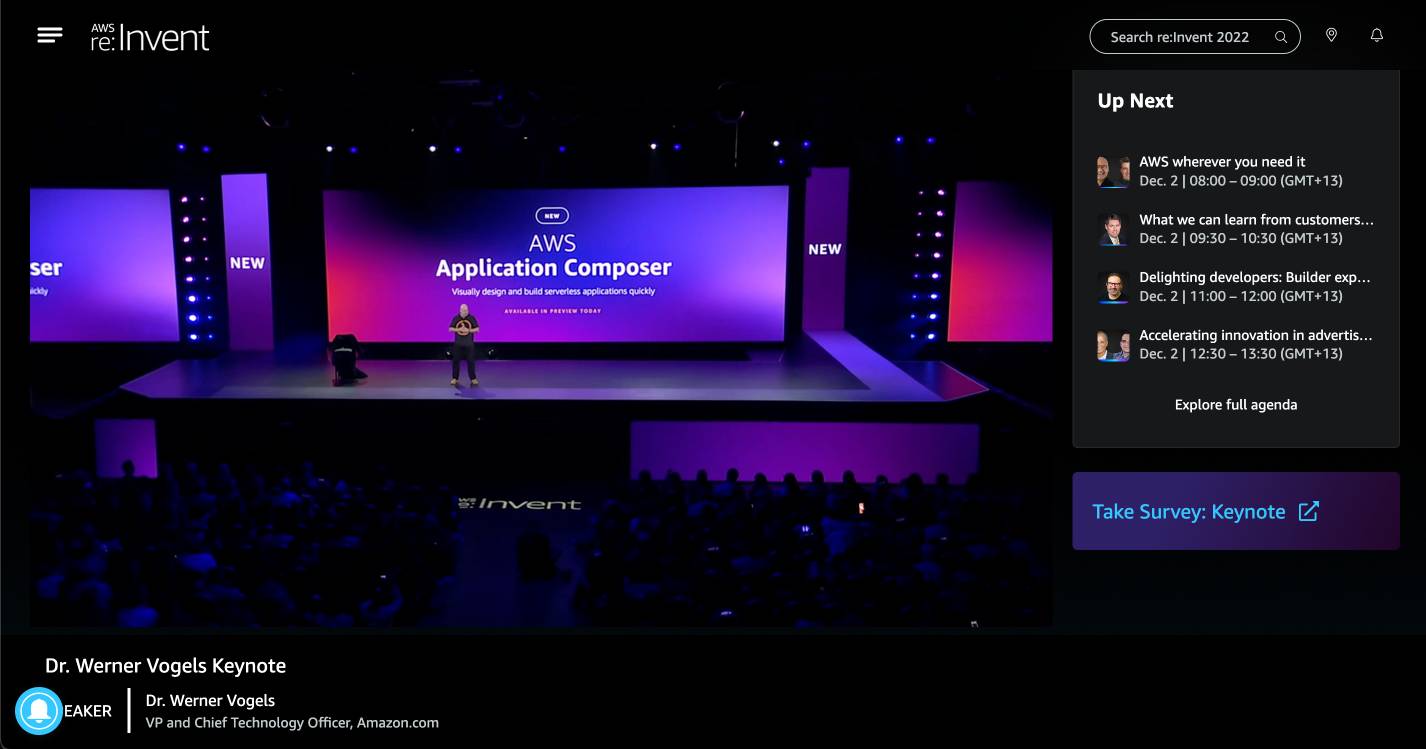 This allows you to easily stitch AWS services together without you having to write the glue code. When used with Application Composer this would simplify connecting the various serverless components using Event Bridge as the event-based queuing method.

To bring this all home and reinforce how building serverless apps at scale should be architecture, AWS customer TrustPilot are here to talk about its goal to become the most trusted symbol on the Internet, and how its architecture has evolved to allow them to scale its platform and dev team.

AWS now has 30 regions globally, and services like DynamoDB Global Tables provide an Active-Active database service and it achieves this using an asynchronous architecture which leverages DynamoDB Streams and SQS queues to drive the replication service. 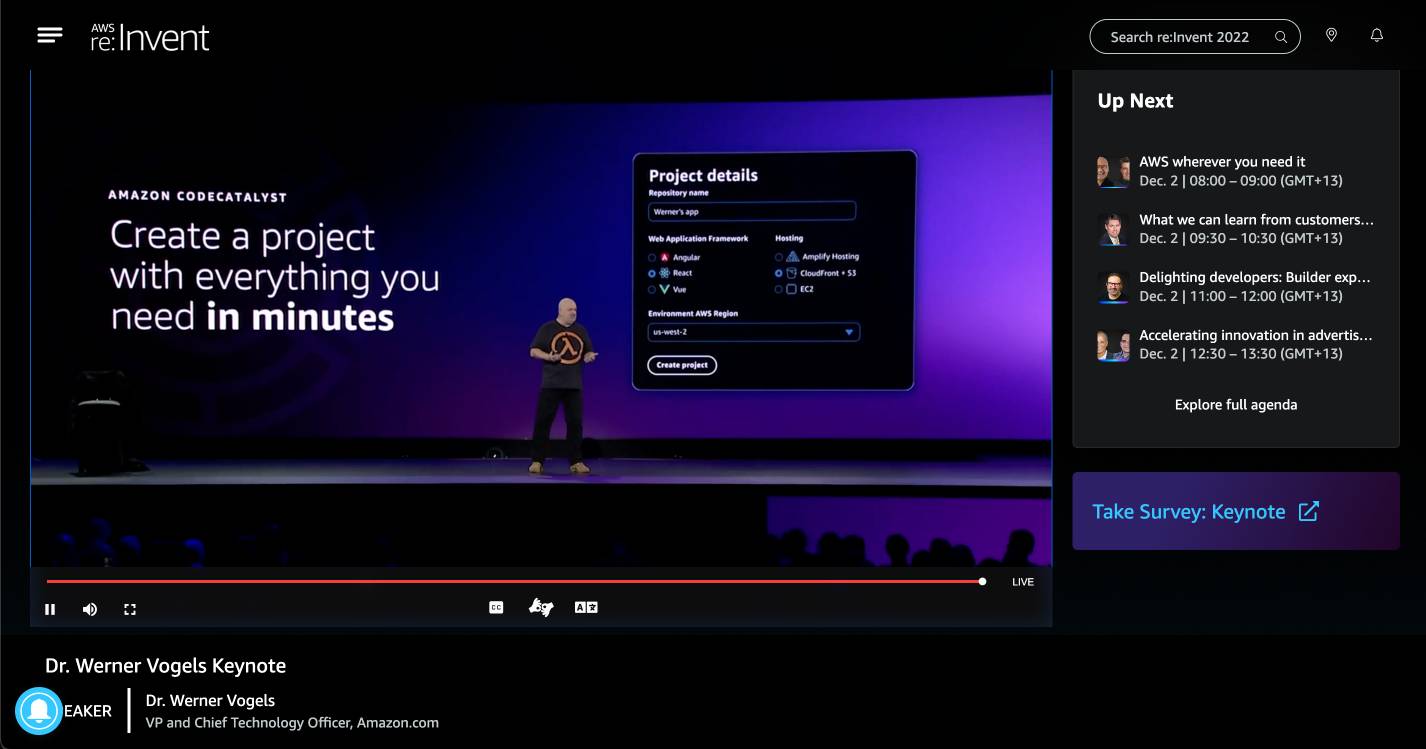 This promises to help us set up projects in minutes, easily define CICD pipelines and switch between code bases with one click. Essentially providing dev teams with the ability to quickly create new projects with a level of conformity and remove some of the complexities in doing so. Interestingly we created a tool that sought to solve a similar problem for Fonterra a few years back that won the 2017 IDC Digital Transformation award. What proved really useful was to provide that ability to quickly create a project with standard documentation, project boards, code repositories and CICD pipelines in an environment where there were about 20 concurrent dev projects at any given time and a number of third-party digital agencies contributing. Often these products are thought of as useful for startups or tech companies, but they can be incredibly useful inside enterprises. 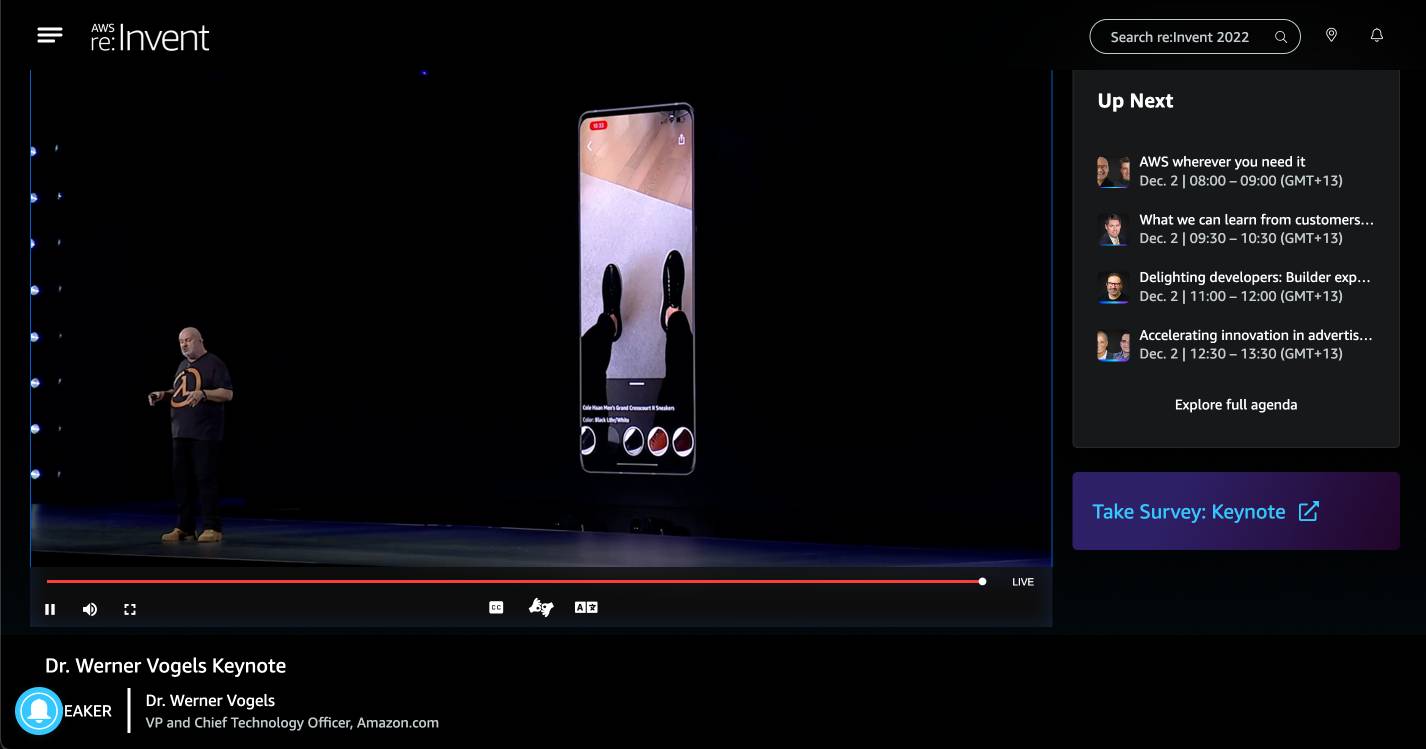 Moving on and we are getting into 3D product examples. Heading into the Matrix. Viewing shoes on your feet before you order. A 3D image is worth a thousand images. 12 images with ML can create a 3D model. Werner makes a claim - 3D will soon be as pervasive as Video. Spatial awareness.

And coming on stage is Epic Games who come and talk about Unreal Engine and how this is being used to create all manner of 3D experiences. Demo’ing Unreal Engine 5 Matrix Awakens experience which is pretty epic TBH with the photo-realism. It’s the photo-realism that made the original Need For Speed game such a groundbreaking release around 30yrs ago, albeit rather lo-fi by comparison to what we’re seeing today. Other tools such as Metahuman creator allow you to easily build real-life avatars. Twin Motion is another tool to allow easy real-time visualisation. Almost like the loader programme in the Matrix. . And then there is the Scanner app (Reality Scan) that allows you to turn photos into 3D scans. I must say, I kinda love this stuff. Favourite customer example so far. Oh and all this stuff is built on AWS (of course). 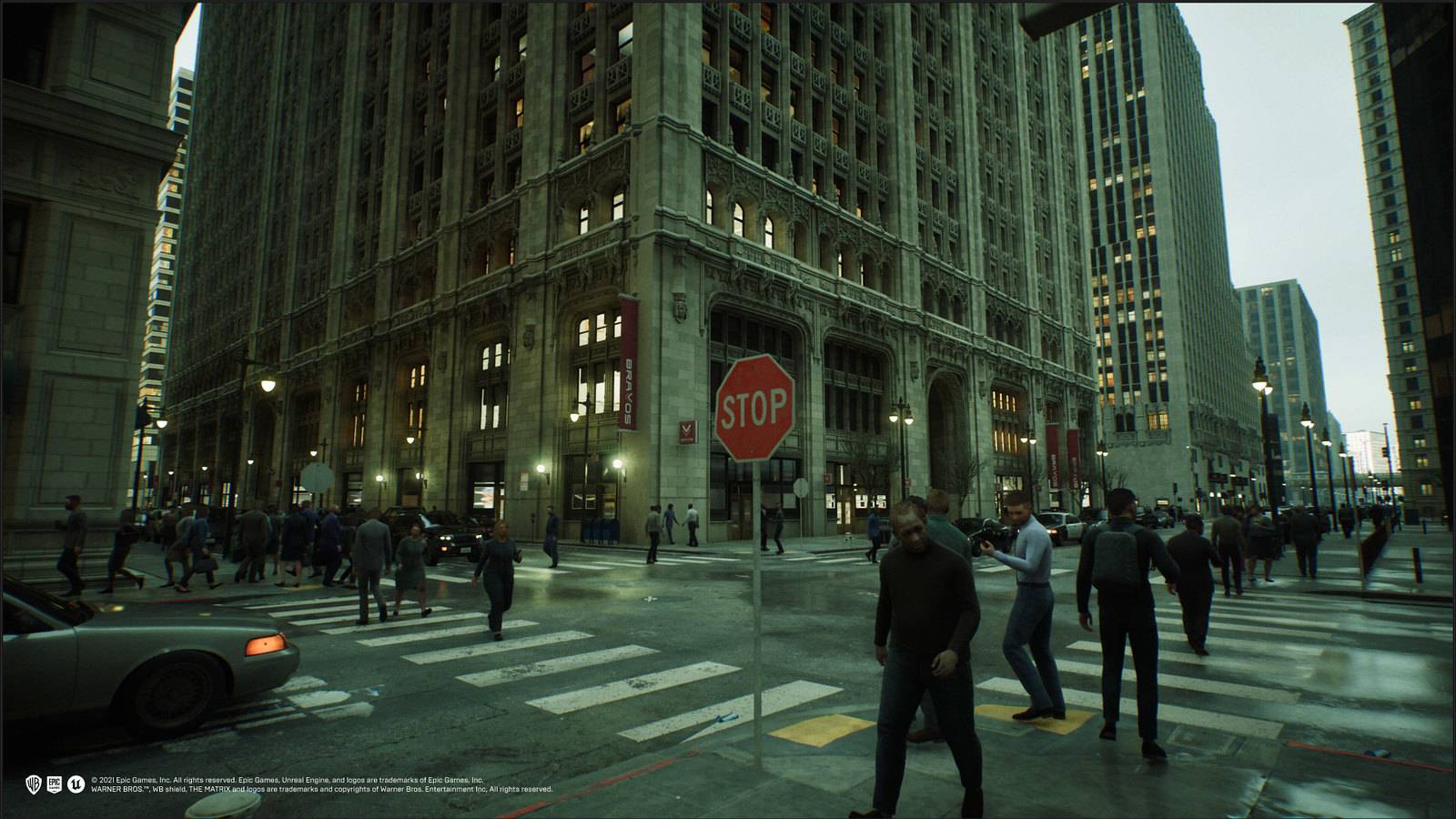 While there has been a real focus on game creation and retail experiences, this all takes us into the 4th Industrial Revolution territory around digital twins, AR/VR and of course what we might consider another potential imagining of the metaverse.

We’re back to Werner and talking about AWS Ambit Scenario Builder which allows you to build virtual worlds for simulations and how simulations help us with scenarios where we can’t easily test in the real world. For example - driverless cars.

This allows you to run massive spatial simulations without managing infrastructure to make the simulation more accessible to everyone. 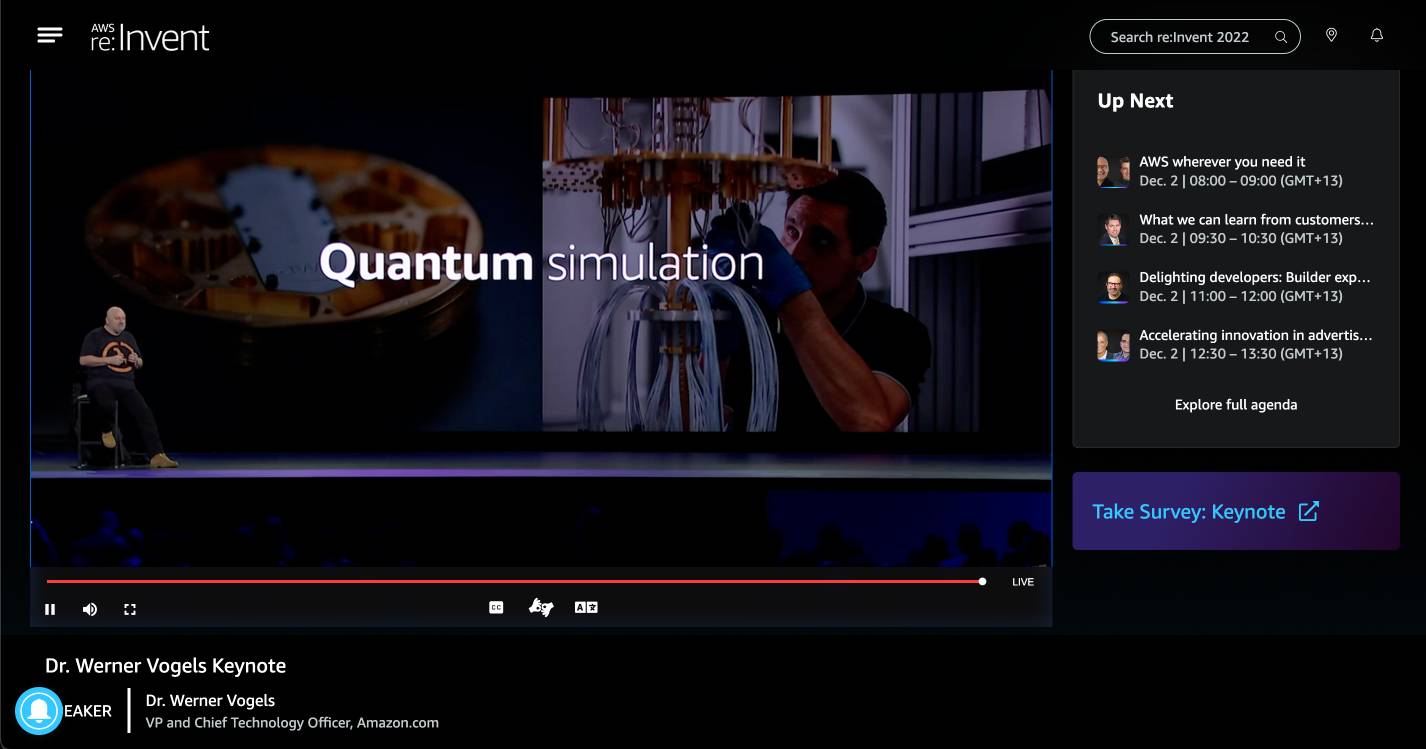 The next teaser slide we have is titled “What about the Future?” which is the lead into the topic of Quantum computing. While it is made clear that this is in its infancy, it is also made clear the scale of problems expected to be solved with quantum computing - using an example that highlights that the memory requirements for a particular simulation on a “traditional” computer (rather than a quantum computer), would require more memory than exists today. The segment ends by promoting a series of educational content on quantum computing  - you can find more on this here: https://www.allthingsdistributed.com/2022/02/curious-about-quantum-computing.html