A wrap up of the AWS Public Sector Summit

On the 30th of August, I attended the AWS Public Sector Summit in Canberra for government, education, and non-profit technology leaders. Here’s my wrap-up and key takeaways from the Summit:

The Australasian AWS Public Sector Summit was an a unique opportunity for the public sector and private sector to connect, collaborate, collide, share experiences and learnings that I believe will only further accelerate cloud adoption across the region.

It was fantastic to see that more than 50% of those registered came from 189 government agencies, including Australian Post, the Australian Taxation Office, Emergency Services, Securities and Government Commission to name a few. It was also great to see NZ’s IRD and NZ Health in attendance.

Here are my five key takeaways: 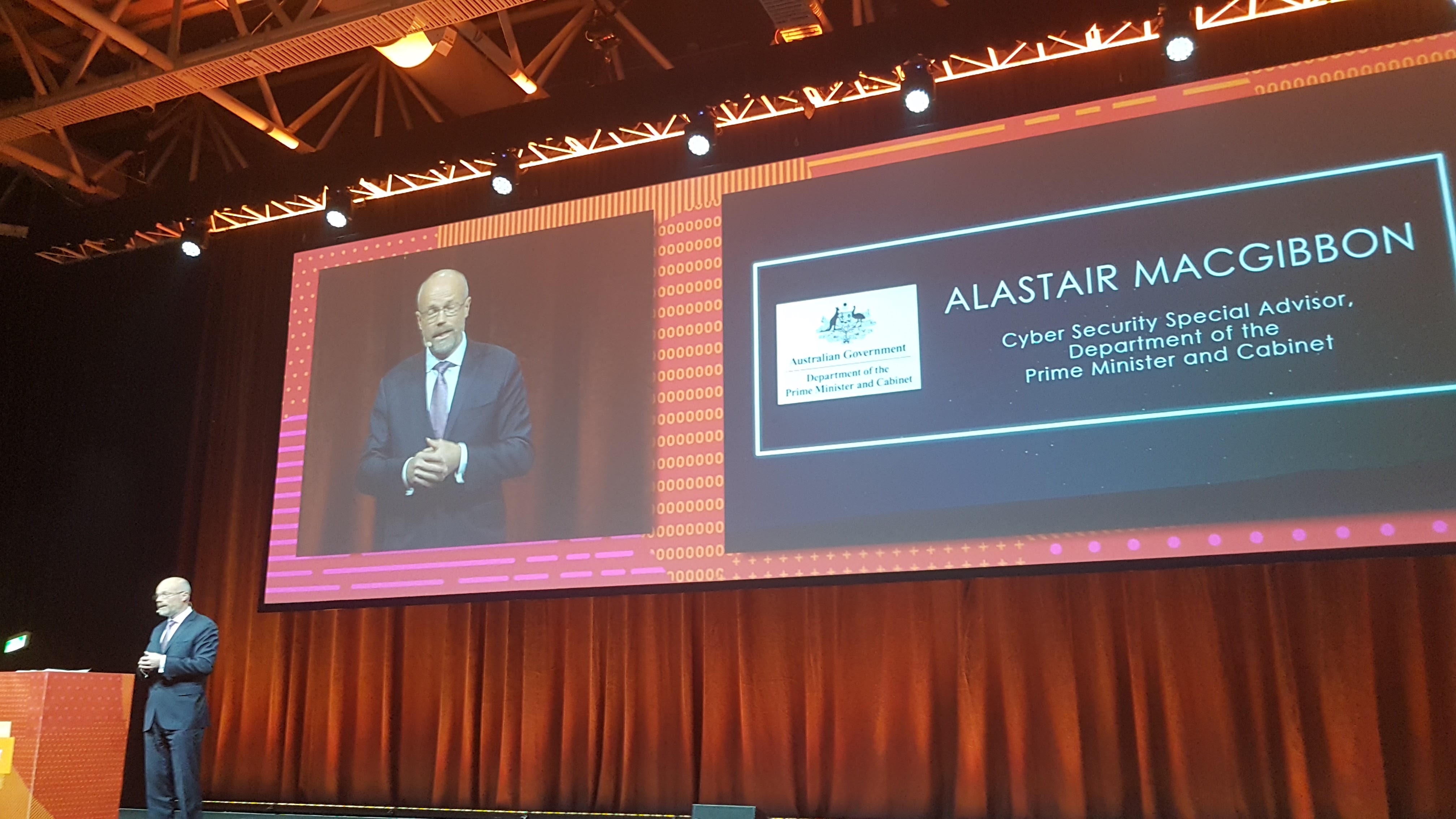 Creation of risk through risk avoidance

“Our risk aversion to cloud as Australian Government, has actually increased our risk. By moving as slowly through the mitigation of the ‘perceived risks’ we have and are in fact creating more risk for the citizens we serve.” - Alastair MacGibbon, Cyber Security Special Advisor, Department of the Australian Prime Minister and Cabinet.

The summit was opened by  Alastair MacGibbon, Cyber Security Special Advisor, Department of the Australian Prime Minister and Cabinet.

In his first speaking gig at a cloud conference, Alastair challenged both government officials and private sector attendees who are partnering to drive velocity into public cloud adoption in the public sector.

Macgibbon echoed our own CTO Matt Hare’s sentiment on the question of replatforming/rehosting versus true application re-architecture and closed with a discussion surrounding technical debt. He stated that while public cloud now delivers ratified solutions to migrate “legacy” applications to the public cloud, by investing in migrating those legacy systems and applications “up there” we’re just “making the jenga tower more unstable.” 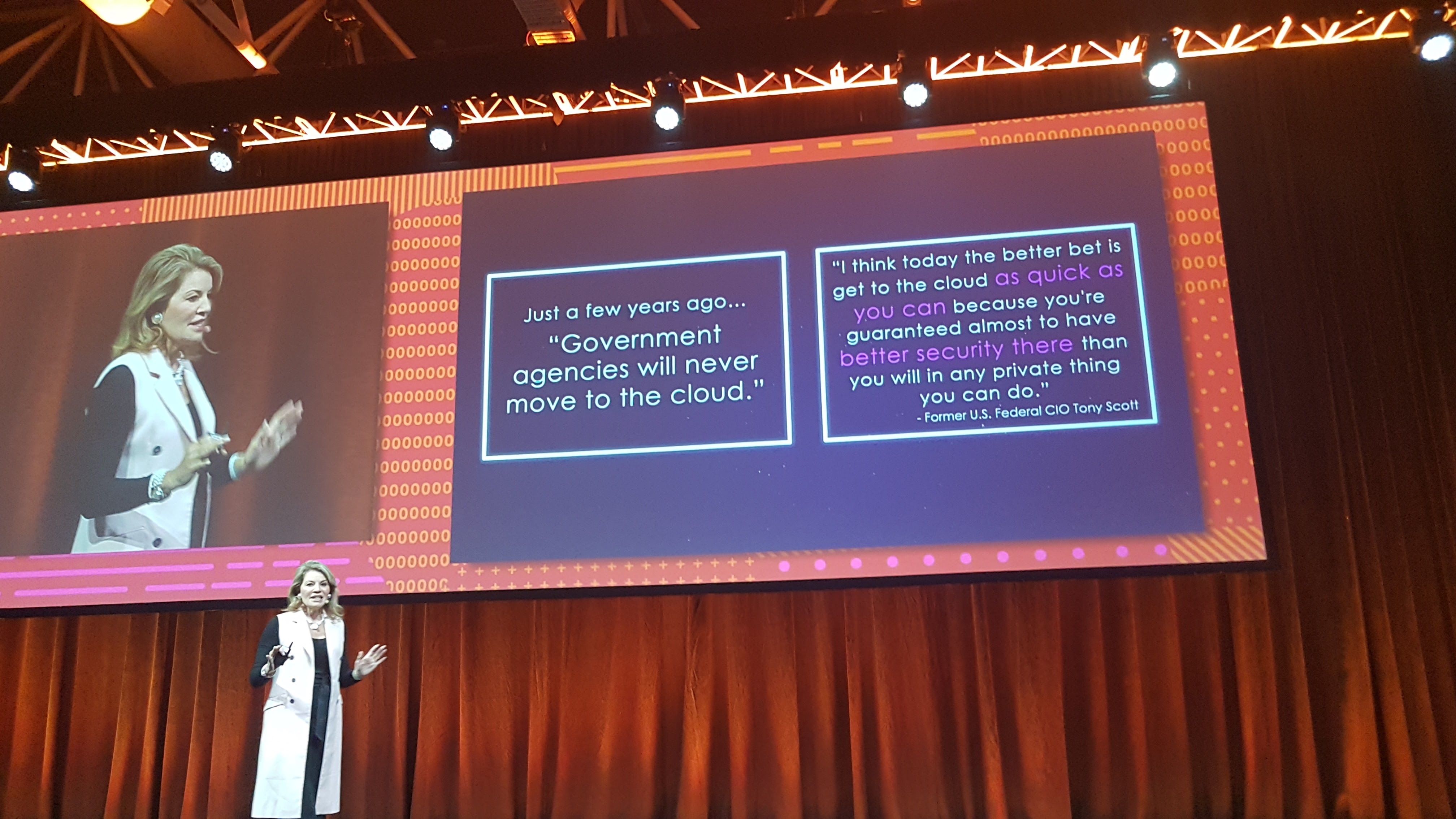 Security Is the top priority

“I think today the better bet is to get to the (public) cloud as quick as you can because you're guaranteed almost to have better security there than you will in any private thing you can do.”- Teresa Carlson, Vice President of the Public Sector of AWS quotes Former U.S. Federal CIO Tony Scott

Teresa Carlson, Vice President of the Public Sector at AWS kicked off the second part of the summit keynote acknowledging that public cloud is commonly perceived as not being secure. ”This is a myth” she said noting that security is top priority for AWS customers and in turn AWS with literally billions invested into AWS security and training every year. A feat simply unmatchable for end customers and local IaaS providers alike.

Coinciding with this was the recent announcement of AWS GovCloud due in 2018. This new region meets US government compliance requirements and gives AWS customers another place to host critical data. Although Carlson suggested that from a global perspective the AWS public sector team were yet to meet a discrete piece of legislation, security, privacy or otherwise that they had not been able to deliver on leveraging the AWS services that exist and are standardised across the 16 global regions.

Bring all security stakeholders inside the tent from day one

“Whether you believe it or not, from an executive and board perspective security is the the number one reason these decision makers are saying no to public cloud”. Craig Fox, Assistant Commissioner at the Australian Taxation Office.

Another featured speaker, this time as part of the executive stream was Craig Fox, Assistant Commissioner at the Australian Taxation Office.

Fox shared how the Taxation Office started their cloud journey roughly three years ago. At that time their new CEO mandated that they project towards the future. The main challenges they had to address were security and data centre sovereignty.

Their strategy to accelerate the velocity of their enterprise cloud adoption was to bring all security stakeholders “inside the tent” from day one. Stakeholders were asked to run their newly developed cloud requirements against on-premise infrastructure. By doing so they realised that cloud was secure, and the next step was to implement the concept of a digital marketplace with high availability, resiliency, security, and 24/7 nonstop service. 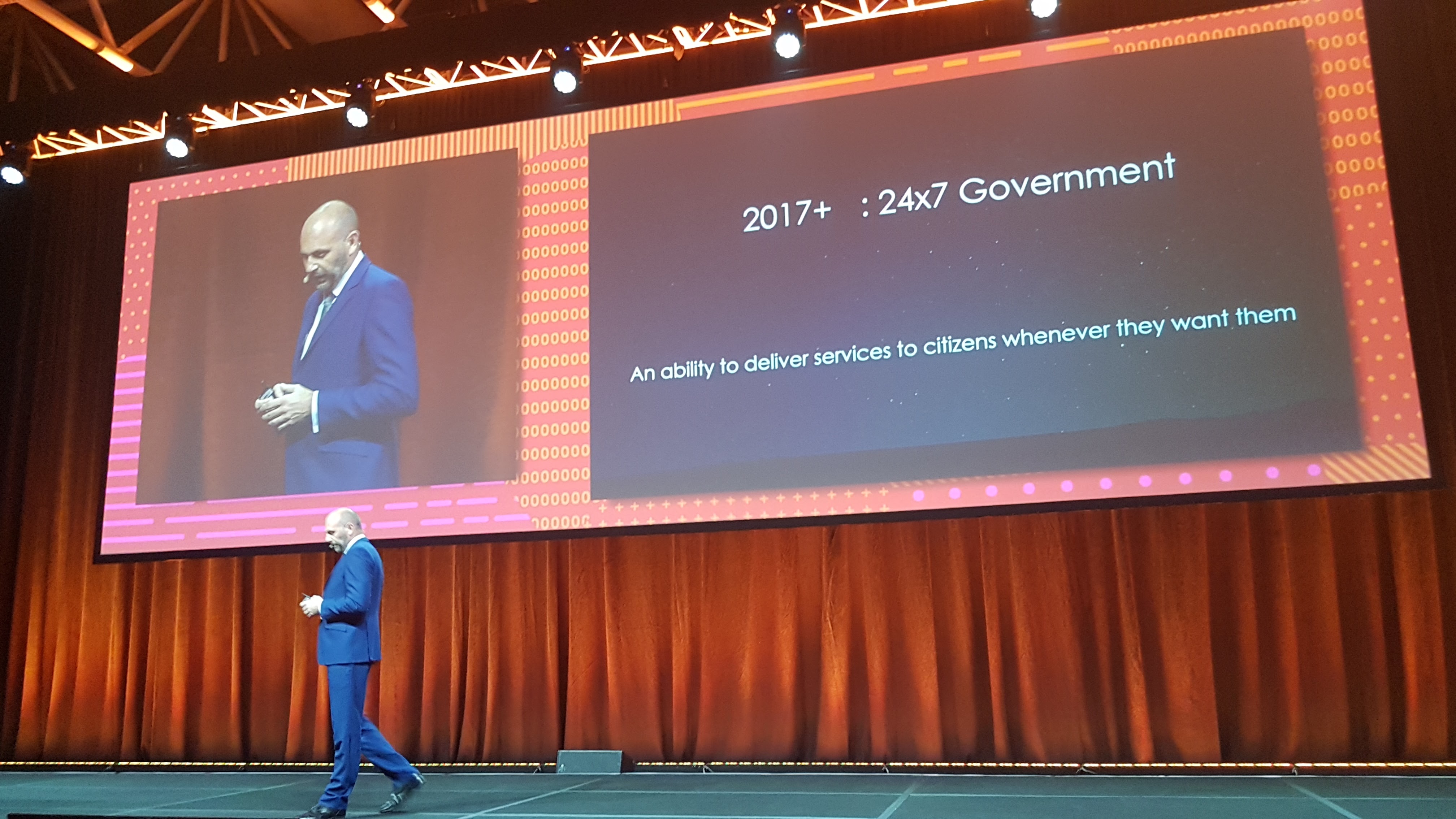 The 24x7 Government - Digital Transformation Can Give You Immortality

“We all want immortality, digital transformation is the key to our survival and the ability to provide services to our citizens whenever the demand and potentially before they even know they need them.” Andrew Phillips, ANZ Director for AWS Public Sector

A couple of key concepts throughout the summit were 24x7 Government and digital transformation.  Both were highlighted by Andrew Phillips, ANZ Director for AWS Public Sector during his conclusion on the executive stream.

Speakers throughout the summit touched on this idea of digital transformation being the result of public cloud adoption, along with the cultural changes required to truly benefit and the business case/cost out as the key item used to fund the transition.

Walduck described the digital transformation journey that was well underway at ‘Aussie Post’, passionately stating that it simply was NOT an option to continue to work the way we had. Public cloud is the only way he believes they can do what what needs to be done at the pace and scale required.

His advice to government representatives:

“You simply have to just make the decision and go!” It’s a fundamental change in paradigm, stop looking at what public cloud isn’t and instead start taking a fresh lens which asks what would need to be true to make this change today.”

“With the support of the group executive, the question of public cloud had now been flipped on its head at Aussie post, we are a cloud first business - teams have to explain why this project or application is not suitable to be a public cloud workload” said Walduck.

Walduck also highlighted the changes this new mentality and culture now had within the Australian Post business: “Now, we can come up with an idea in the morning then leveraging our new public cloud architecture and agile methodologies have a prototype or even production pilot live by the afternoon.”

A great of example of the new culture in action is Australian Post’s new biometrics-enabled ‘Digital iD solution’. Walduck described the new app as ushering in a new era of convenience, confidence and security. The community, businesses and government agencies are all moving to a ‘digital by default’ footing where proving who-you-are to who-needs-to-know has never been more important.

Walduck also talked to the influence of digital automation as a critical stream of work. “In a private cloud and IaaS world it used to take 50 days to provision a prescribed set of infrastructure excluding product lead times, it now takes us a mere 7 minutes and we’re working on bringing that down to seconds.”

Diversity Powers the Future of Tech

“You can potentially upskill, get certified, get a high-skill job, run a business or scale a startup...all from the comfort of your own country or coastal home town, with as much or as little interaction with 'big metro' as you may want...and you could possibly even save your parents, and/or yourself, enormous educational expense.” - Teresa Carlson,Vice President of the Public Sector of AWS

The final notable takeaway from the summit was We Power Tech. This is the AWS belief that the future of technology is shared across diverse genders, origins, backgrounds, ages. AWS wants to inspire the next gen of bright minds. It was very cool to see Carlson introduce a group of 50 kids, teachers and parents to close out the final keynote of the summit. Her message - strongly encouraging these kids to participate in STEM Careers, public cloud in particular.