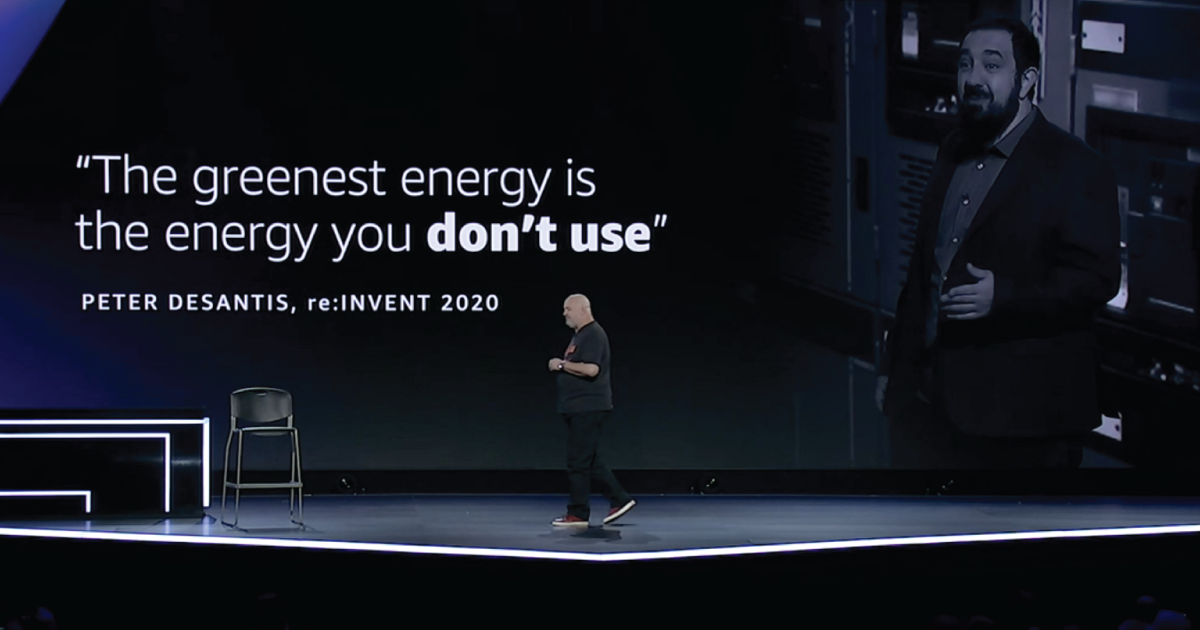 As Re:Invent 2021 is starting to wrap up, it is a fitting time for the fan-favourite Werner Vogels keynote. As the CTO of AWS, the session is typically more technical in nature.

The keynote begins by reminiscing about re:Invent having been running for 10 years now! Hopefully, this means they’ve saved something big for this morning.

Ok, we’re into the announcements pretty quickly. Mac instances were the most popular announcement last year, we're told. On the back of the ARM instance type offerings now available, AWS will start offering Mac M1 instances. If you’re a Mac user you will know that the new chipset brought improved price-performance to your laptop - which is exactly what AWS is looking to achieve

Next up we go into networking and segway into AWS’s global network which connects together AWS Regions and LocalZones (of which another 30 are announced). It’s a massive backbone carrying a huge amount of traffic and optimised for transport of particular services.

The setup feels a little obvious here, and somewhat predictably Werner announces AWS Cloud WAN. AWS has taken a little while to release something in this space with Microsoft releasing Azure WAN some time ago. We’ve talked about your cloud provider becoming your telco before here and really see the likes of AWS entering the game as a continuation towards the trend towards SASE (Secure Access Service Edge) architectures being used to deliver networking and network security functionality. AWS announces a number of launch partners as well such as Cisco, VMware and Fortinet. This announcement is good timing for NZ businesses with AWS’s NZ region announced in September this year. If you require a global WAN AWS will be an option combined with a local internet connection and a device from one of the vendors in the partner ecosystem.

AWS has a massive footprint and part of how this footprint is constructed is from the Data centre to the edge. This includes monitoring devices like monitoring, storage devices like Snowball and satellite control and processing devices like Ground Station. This then leads to space - “The Next Frontier” and a customer story that provides access to satellites based monitoring services such as imagery through a single API call.

We probably all know some frontend developers who love building apps but don’t want to know about building backend in infrastructure. Amazon created AWS Amplify for this reason. A new service, AWS Amplify Studio, takes this even further by allowing UX designers to visually build feature-rich apps and integrate with other AWS components like data elements. This is more of the low code / no code trend we’re seeing at re:Invent, bringing hope that one day I may be useful again.

APIs have always underpinned AWS. Without them, the cloud isn’t programmable. Over 15 years Werner tells us lots of mistakes have been made, however, you cannot break backwards compatibility, therefore impacting customers who have developed against them. How do you address this? Don’t have your engineers decide what's in your APIS, have your customers tell you. Oh, and keep them simple. This builds up to an announcement of AWS SDKs for Swift, Kotlin and Rust and then AWS Cloud Development Kit v2. Very simply, these make it easier for developers to work with AWS APIs and therefore build apps that leverage AWS services.

Sustainability was a massive focus pre-GFC, but it felt for a while it took a backseat to economic recovery. With the global focus on sustainability, and cloud providers as massive consumers of energy, they have a big part to play in reducing energy consumption. Werner reminds us of a quote from Peter Desantis, “The greenest energy is the energy you don’t use”. On that note, a new Sustainability pillar is announced for the AWS well architected framework.

New World is an open-world MMO-RPG game from Amazon Games. So how is it built? We used to build these on game servers and scaling meant bigger, more powerful servers. Now it’s all about scaleout. It’s impressive as well, processing game state 30 times every second and producing approximately 800k writes to DynamoDB every 30 seconds. 23M events are logged every minute via Kinesis. Hyperscale. And a really cool example - something a blog really can’t give colour to.

And finally, we end up with a reminder about re:Play. The massive party to pull down the curtain on re:Invent. Who’s keen to get there in person next year!?