Transformation^2 - Beyond the Technology 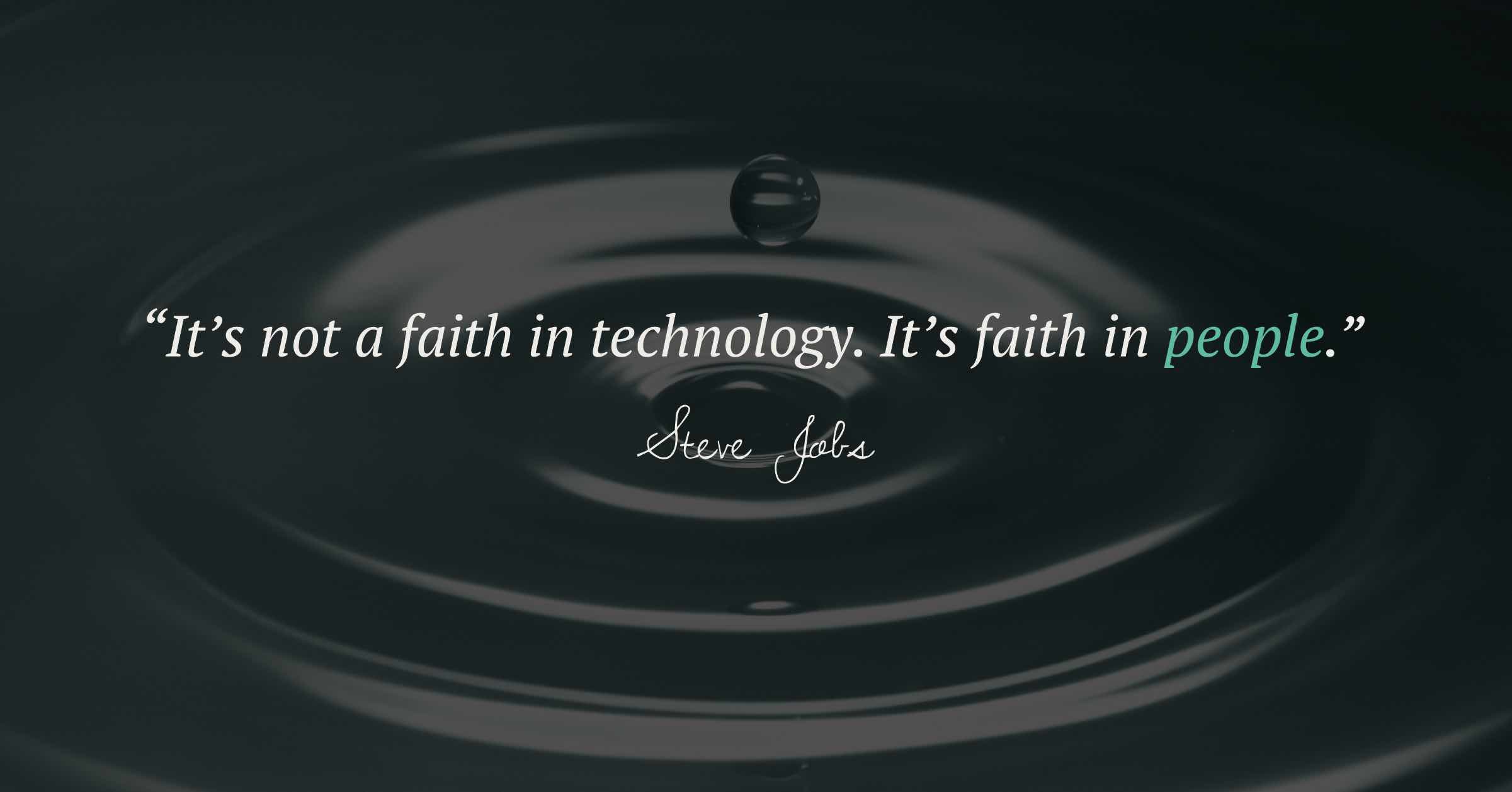 People, Process and Technology (PPT). It's a saying that has become synonymous with organisational transformation. So much so that it has even been dubbed the "golden triangle of business change”.

One thing that may surprise you is that the phrase “People, Process and Technology” was coined in 1964! 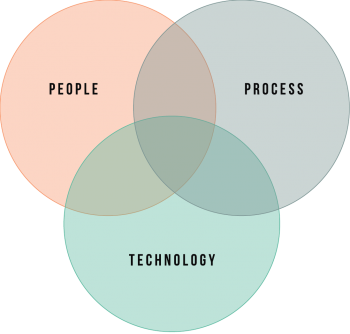 You will, most likely, recognise PPT is often visualised as a Venn diagram, the intent of which is to demonstrate that where all three overlaps we achieve a form of business nirvana, however, it can be anything but.

The People element can become a purely performance orientated question of “do we have the right people”, or do they sit in the right teams. Really it gets used as just another term for restructure, or perhaps worse- new titles - same structure. Rather than asking whether the environment allows people to perform. Conversely creating environments that allow self-direction, linked to company mission and values, can find hidden gems who have otherwise been mismanaged and consequential mislabelled “low performers”.

Similarly, the process becomes a one time swap out of old for new. Driven from the top down, or involving an outside consulting organisation dipping in and out with six-figured-suggestions. But what about ever-evolving processes - creating commonality and communication means when needed, removing them when they become surplus to requirements - a continuous cycle of reinvention.

With the rate of change we experience in businesses today, we often are not targeting transforming a business, but creating a culture that allows a business to constantly transform itself.

The key difference is that we want to create sustainable and constant change that is collaborative and balanced between various points of perspective within the organisation.

To achieve this you need a culture that enables constant change and allows those closest to challenges, with the best insights, to implement changes from the bottom up. But culture is a nebulous term, used by some to describe a “nice place to work”, where the “way of life” culture may be used to describe anything but.

Here is what I mean by creating a culture for transformation, one where teams behave like owners of the business and contribute directly to the company's mission.

Start by empowering people. This means allowing them to ask questions and input with their own ideas. In fact, it rewards this behaviour with opportunity. Opportunity to pursue their thinking and bring their insights to fruition. But what it ultimately rewards is bravery, regardless of the failure or success of an initiative. It rewards the pursuit of better, and it isn’t afraid of failure.

Creating a meritocracy removes politics and clarifies how decision making occurs in an organisation. It demands that objectives be tracked and measured and requires transparency when doing so. While this may seem daunting at first, once practised, it becomes clear that the best ideas will succeed, regardless of who came up with it and wherein the organisation they sit. This can also be linked to frameworks like OKRs (Objectives and Key Results), for tracking objectives and their outcomes. OKRs work well as leading indicators - encouraging teams to try new things, and also work well horizontally in an organisation and don’t need to cascade down. OKRs are a good way to not only measure performance but when set right, ensuring teams are striving to reach ambitious targets.

Frameworks are useful when seeking to embed culture change that lasts, but they are not as important as the change itself. When adopting the framework that suits your organisation or rather tribe best, looks for those that are coupled in nature, and seek to promote efficient decision making empowering those closest to the subject matter at hand, to solve problems and achieve the success that aligns to the companies objective.

I could write something here, but instead, I think I’m best to borrow from Elon Musk's now-infamous email to his employees on communication. Paraphrasing his email, Musk lays out that communication that follows a chain of command is slow and serves to enhance the power of the manager over the company. 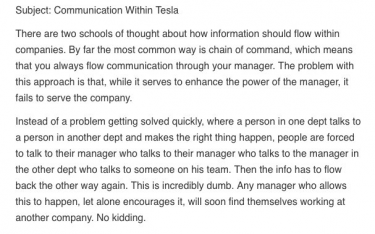 Communication that goes up to a manager, then to another manager, then across, then down to the person that can solve the issue, before repeating the journey is simply “dumb”. Instead, Musk states that anyone in the company can speak to anyone else in the interest of solving a problem in the fastest manner.

Or in short form…

What this really boils down to is something quite simple - giving people purpose and allowing them to achieve it. If the desired outcomes and expectations are quite clear, and people are trusted to get on with it, for the most part, good things happen.

Putting it in practice

While there are of course other things that contribute to a culture that enables continuous change, I find most are derivative of Empowerment, Meritocracy and Communication.

One example of how we put this in practice with customers by deploying a Centre of Excellence (CoE) model, such as a cloud centre of excellence. This allows our team to work with a customer's team to try new ideas and ways of working, but maintain a blast radius as, by nature, we expect things to go wrong (but that’s ok, it’s kind of the point). Demonstrating a functioning CoE, then allows the concept to be communicated effectively in the organisation.

While this is certainly not the only way to begin to change a business, it is easy to swallow in one gulp, and therefore in itself supports experimentation, learning and velocity.

Now, funnily enough, we got through all that without even mentioning technology...